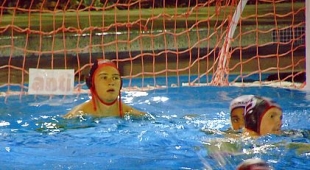 Shocking..another long drawn out article on SHP waterpolo. How bout changing up your coverage just a little.

Dont worry...Im sure you will be able to read another great SHP article tomorrow as well, and the next day,and......

I agree abit too much on shp water polo especially given their ability to recruit means it's hardly such an outstanding performance . but Palo Alto weekly I think does a good job covering all schools.