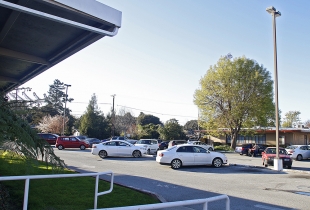 The Ravenswood City School District is looking to create its own joint powers agency that would looking revenue sources for the district. Photo taken March 8, 2017 by Veronica Weber.

1 person likes this
Posted by Combine with Menlo Park school district
a resident of Duveneck/St. Francis
on Oct 9, 2017 at 4:11 pm

Combine with Menlo Park school district is a registered user.


Since Ravenswood and Menlo Park SD are both feed into the Sequoia Union High School District, why don't Menlo and Ravenswood combine? Also, I would think the new office buildings in EPA would positively affect assessed property values, allowing for larger bond measures.

Of course Ravenswood district is "open" to this, why wouldn't they be since they are potentially received additional function from other cities or the county.

As to any participation by Palo Alto city or PAUSD in providing funding I would not support it. Thanks to our steller school administration we seem to be running at a budget deficit more often than not. So where would any extra money for Ravenswood come from?

Shouldn't a country which espouses democratic principles provide equal educational opportunity for all children, regardless of their family's income and zip code? By maintaining a tiered educational system, we promote the kind of severe income inequality that adversely affects the social fabric of our society. The principles involved are the same ones at play when considering what kind of health system we want in our country. Access to a high quality education and high quality health care must be available to all if we want to improve our collective well-being and realize the potential of all of our children. The joint powers agency proposed here would be a very beneficial first step towards realizing this goal in our local communities.