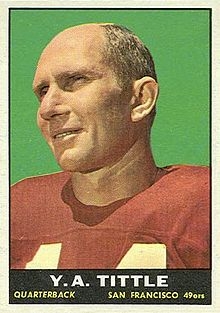 Growing up in New Jersey, loved to watch him play for the Giants.