Publisher: With internet, reports of arrests linger for years 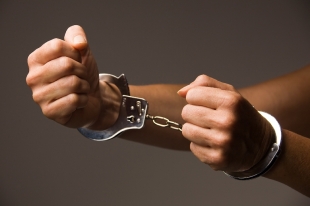 The Palo Alto Weekly's new policy on reporting arrests will not name individuals unless they are formally charged by the county's District Attorney. Photo courtesy PhotoSpin.

Why doesn't the weekly change it's policy on naming people in the comments section?

I don't get it. If the police press release has the person's name and mug shot, how is not copying that to the newspaper going to prevent search engines from finding the information? Are these press releases somehow unknown to Google?

This info can be easily gleaned from the Mercury News, SFGate and/or Daily Post.

I think a major series of arrests are about to come down on the people that the weekly champions with their one sided coverage. with this policy the weekly won't have to publish their names

Report Objectionable Content
Email Town Square Moderator
9 people like this
Posted by Wise
a resident of East Palo Alto
on Oct 6, 2017 at 11:41 am

Though the information might be publicized somewhere else, I appreciate your wisdom and kindness in them. Though I am guilty of wanting to know all of the information and the juicy details, you are completely right in the fact that people named are not proven guilty. This feels right and ethical.

Report Objectionable Content
Email Town Square Moderator
14 people like this
Posted by Innocent Until Proven Guilty
a resident of Duveneck/St. Francis
on Oct 6, 2017 at 12:27 pm

Innocent Until Proven Guilty is a registered user.

I do wish the PA Online would simply report the news and post letters to the editor that have been fact checked. Most of the anonymous online conversation is venomous, misinformed, and completely unproductive toward building a healthy community.

People are attracted to the gossip and innuendo. It is uncivil, ugly and destructive, but it makes money so businesses appeal to our base impulses to draw attention to their product.

Report Objectionable Content
Email Town Square Moderator
4 people like this
Posted by @PAFreePress
a resident of another community
on Oct 6, 2017 at 6:43 pm

Rarely do we agree with the Weekly. However, in this case, we wholeheartedly agree. We’ve argued this very point with the media management of the Palo Alto police department ourselves. It’s unfortunate they, Palo Alto police, have failed to express their points of view in this policy change, but were not surprised.

When, individuals are arrested by the Palo Alto police currently, they proudly display the arrestees mugshot like it some trophy. Insensitive and callous is our reasoning and can be viewed bullying....Besides, if the person is found not guilty, does the Palo Alto police make any attempt to remove the original arrestees photo from the internet? Congratulation to the Weekly....

Report Objectionable Content
Email Town Square Moderator
4 people like this
Posted by Trailblazers
a resident of another community
on Oct 7, 2017 at 12:58 pm

This policy might be difficult for some people initially because we are a society that is accustomed to every bit of "news," whether factual or not, being at our fingertips. Entitlement kicks in. There are times to recognize when we have gone too far.

The Weekly's policy is a good one. It is shielding the arrested person, who has not been charged with a crime at this point, from easily being identified through search engines. It is also seeking to maintain journalistic integrity by remaining transparent to the public through adding a link to the police press release, which is most likely not going to be picked up by the search engine.

Other news organizations might prefer to continue to publish the names, but the Weekly is doing what it believes is a moral obligation to not do unnecessary harm. There isn't any reason to believe it would be in the public interest.

With all of the cynicism about the media and its intentions today, particularly with the obfuscation by one current U.S. president and the threats to a free press, the Weekly is showing what responsible media is about.

To those who get on here and create false narratives about conspiracies by the paper to protect people it supports, I don't see you putting your real name up here. Where is your honesty and integrity?

The current policy of allowing anonymity for comments sometimes stretches the rubber band of free speech to the limit. I'd guess that if we were all forced to use our real names there would be a lot more responsible posting and a lot less trolling.

Report Objectionable Content
Email Town Square Moderator
10 people like this
Posted by Boss tweed
a resident of Duveneck/St. Francis
on Oct 7, 2017 at 1:36 pm

Trailblazer -- where Is your honesty and integrity in not using your real name?and I would hardly equate the weekly with journalistic integrity given that they are " owned " by certain groups in the city. Read their " editorials " from this year and you will see what I mean.

The Weekly isn’t questioning the accuracy of police reports that identify people who are arrested. In fact, the Weekly is saying that it will use the police department’s identification of an arrestee in four situations.

This policy decision isn’t spurred by an issue of accuracy. It’s driven by a concern that people who were arrested but not charged will later find their names in the Weekly’s archives, and the paper believes that’s unfair.

Still, the record of an arrest, even before the arrestee has been formally charged, is a public record in California.

A better approach would be to print the names of all arrestees, and if a person isn’t charged, go back to the page in the archives bearing the person’s name and append the page to say that the DA declined to bring charges. That would create a more accurate and thorough record.

In fact, such an approach might even be helpful to the arrestee who isn’t charged. That’s because many databases containing arrest records are messy, and the arrestees’ name will appear in numerous places without a notation that charges weren’t brought. If anyone questions the arrestee about the case, he or she could simply point to the Weekly’s archives, which would state that the person was arrested but not charged. That would solve a lot of problems for such a person.

Under this policy, another concern is that the Weekly may well neglect to follow up stories where a name was omitted to see if charges were actually brought. If the Weekly intends to do such follow-up stories, that identify people who were arrested, they should be prominently displayed with words like “ARREST FOLLOW-UP” or something to that effect.

This policy change will raise predictable complaints that it’s just a conspiracy to protect certain people who are friendly with the newspaper’s management. I doubt that, though the policy will come in handy if a realtor who advertises is arrested and is able to convince the DA not to bring charges.

In fact, this policy gives the DA a little more power than most prosecutors possess. One of the most embarrassing things about being arrested is having your name in the paper. The DA can use this as leverage against the arrestee. The DA can say to the arrestee, “Do whatever I say and I can make sure your name doesn’t appear in the Weekly.”

That may explain why Jeff Rosen endorsed this policy. He might have also done so because he wants to curry favor with the Weekly, knowing that he could have a tough re-election bid next year given his support of Judge Aaron Persky and his handling of the Abhishek Gattani spousal abuse case.

The exceptions listed set up two classes of people who are arrested. Those whose names will be reported include prominent people, those accused of a “major violent crime,” a police officer or firefighter or school employee, or somebody else who the editor believes is of “broad public interest or concern.”

There’s no bright line here. That gives the paper a lot of wiggle room, making this policy change practically meaningless. More like a public relations stunt.

Report Objectionable Content
Email Town Square Moderator
2 people like this
Posted by a little positivity please
a resident of Palo Verde
on Oct 13, 2017 at 3:08 pm

This sounds like a reasonable and well-thought-out change. Good work, Palo Alto Weekly. Every organization should be willing to look hard at current practices and revise them when needed to adapt to modern circumstances.

The salacious public "right to know" has become an unhealthy obsession in some circles.