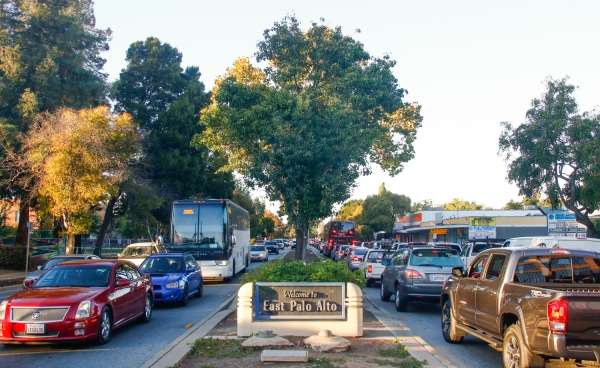 Mark Dinan is a registered user.


Great to see the city tackling these issues. I fully support the city in its efforts to improve East Palo Alto's quality of life. Parking issues are the low hanging fruit - it is very easy to adopt measures that work in other cities and limit parking in a reasonable fashion.

Sounds like a dream coming true. It's been a major problem for years. Especially the parking situation. Code enforcement for over-crowded living units contributes a great deal to the problem. I see it everyday. Studio apartments that house 3-4 adults. Each with their own vehicle. You have to pay to park in an assigned parking place within the unit (I'm guessing quite a few opt out of that) so they park on the street. EPAPD does not enforce parking laws in my neighborhood by the 7-11. Every night someone parks a vehicle smack dab in front of the fire hydrant across from my apartment - never a ticket given or a car towed. Makes me nervous to think what might happen if there's another fire...just experienced that in my building less than 6 months ago and still the cars park there every night. Something - ANYTHING - needs to done...SOON!!!

When will the police start enforcing the 25 mph speed limit on university? We have kids here.

We need a radar sign. Or a cop that can write tickets all day.

The average speed on university is 40mph.

Please help, and get some money back from thoes bridge commuters.

Report Objectionable Content
Email Town Square Moderator
8 people like this
Posted by EPA Resident
a resident of East Palo Alto
on Oct 9, 2017 at 12:47 am

Parking problem is also Menlo Park Residents parking there cars in EPA since they can not park overnight in there own city... Remember also.. We have high rental prices so many families are living together. People are already stressed about housing and the bay area situation. Enforcing parking like Menlo Park would make another burden for the local people.
They just need to make Bart train come right over to the peninsula to help with the traffic.

Wonderful reporting on this issue...the two primary issues from the article below have all roads leading to regional Transit and Housing, and here East Palo Alto suffers heavily...more residents leave their homes for work in other cities, and even more non-residents drive thru the city to employment on the Peninsula...A viable regional transit connection with East Palo Alto participating will contribute greatly to easing the housing/mobility tandem.

1. East Palo Alto residents are less likely to take transit because there aren't good connections: In the bicycle plan survey, 6 percent reported they use transit compared to 8 percent countywide.
2. Persons living in RVs has also become an issue, adding garbage and noise in some neighborhoods.

Report Objectionable Content
Email Town Square Moderator
2 people like this
Posted by MP Resident
a resident of Menlo Park
on Oct 9, 2017 at 3:50 pm

The cross border parking problem cuts both ways. I live in MP and cannot park my own car in front of my own house because the apartments down the street have insufficient parking for their residents and guests. All day, they overflow down the street. Then overnight, somehow they get permits to park overnight. (I say 'somehow' because these vehicles do not belong to anyone on the blocks near me and the permits are supposed to be for residents and their guests)

East Palo Alto should be getting more support from those using our streets. Charging a toll those who do not live or work in EPA to pass through every day seems very reasonable. So does getting support from Stanford and others.