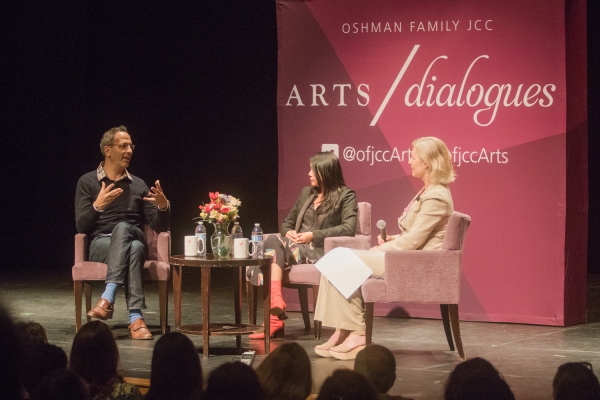 "Sweet" co-authors Yotam Ottolenghi, left, and Helen Goh, center, talk about the making of their book with Margo True, food editor at Sunset magazine at the Oshman Family JCC in Palo Alto on Tuesday, Oct. 3. Photo by Veronica Weber. 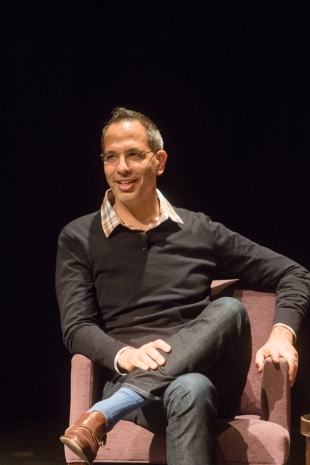