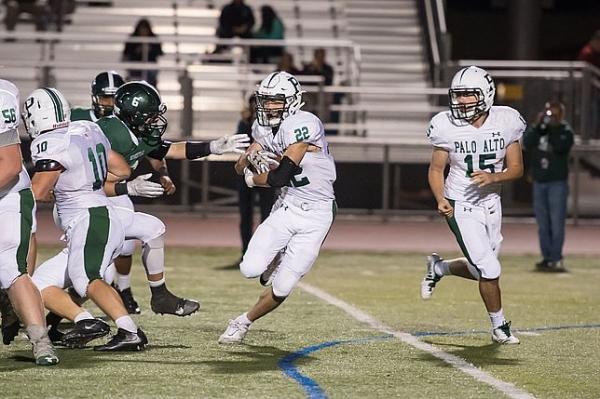 Paly's Aidan Chang will get another opportunity to run up his numbers against Los Gatos. Photo by Karen Ambrose Hickey.

since paly won without their three "starting" offensive players-- perhaps they really aren't the "starters" afterall.