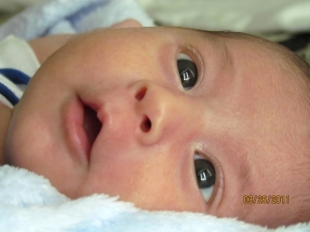 Izack Jesus Jimenez Garcia was shot and killed on June 5, 2011 while sitting in his car seat in East Palo Alto. A 23-year-old man charged in the shooting has pleaded not guilty to all charges in the case. Photo courtesy of the Garcia family.

I actually live in the East Bay but I remember this incident and haven't forgotten the suffering the parents went through, not only the tragedy of losing their 3 month old son, but by the sustained hardship of having been senselessly injured and left to deal with the aftermath with likely little or no support. It sounds as if they have long since found the suspect and it infuriates me that this is dragging on at the expense of taxpayers, in order to give this useless piece of sh*t a fair trial.