Stanford women in second at golf tourney after two rounds

Albane Valenzuela shot a 70 in Monday as Stanford improved 14 strokes to move into second place at the ANNIKA Intercollegiate. Photo courtesy of Stanford Athletics. 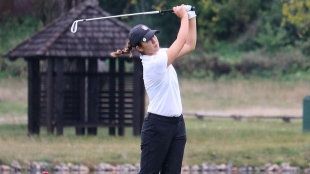 Andrea Lee was one of two Stanford players to fire 3-under 69 Monday at Olympia Hills Golf Club. Photo courtesy of Stanford Athletics.

Flying: How to lower your impact
By Sherry Listgarten | 10 comments | 2,123 views