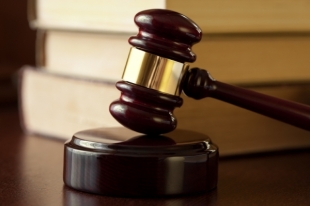 Two men sentenced for beating a man at an East Palo Alto apartment complex on Dec. 10, 2016 are contesting $36,700 in restitution they were ordered to pay the victim, who was left paralyzed on the right side of his body from the attack. Image courtesy PhotoSpin.

The restitution actually seems a little low. If I were either of these two men I'd be thankful for what seems like very little punishment for the brutality of the crime. The victim will forever be reminded of what happened by his forever disability. It just seems like such a small amount for so much damage to a human life...and over what?

In a perfectly fair world, both assailants would get the death penalty carried out within six months. What ever savings this would ensure the State Corrections Dept saved should be given to the victim as restitution.

(I'm not sure what the article is referring to regarding why the wife insisted the baby sitter had to leave. Is this victim blaming? Are they saying he got what he deserved based on something he did to the kid? If that's the case use the money to incarcerate him for life instead. If not, why is this even mentioned?)

Report Objectionable Content
Email Town Square Moderator
7 people like this
Posted by nat
a resident of Midtown
on Oct 4, 2017 at 12:39 pm

Surely in the trial, the motivation for the attack was revealed.
What was it?