Alleged assailant could face $2,000 fine, a year in jail 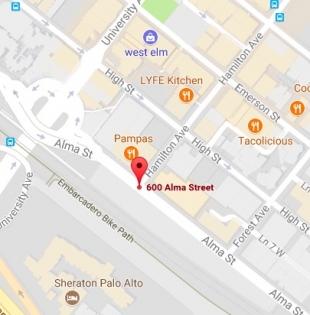 A driver who allegedly threw a cup of coffee on a traffic enforcement officer was cited for battery on a peace officer in the 600 block of Alma Street on Sept. 25, 2017. Map courtesy Google Maps.

Editor's note: The Weekly's policy is to withhold the names of those arrested for most crimes until the District Attorney has determined there is sufficient evidence to file charges in the case.

Self-entitled car drivers think they are above the law.