Love wins his second Pac-12 Player of the Week honors 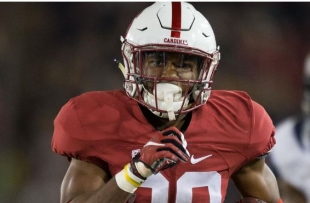 Bryce Love was named Pac-12 Offensive Player of the Week for the second game in a row. Photo courtesy of Stanford Athletics.