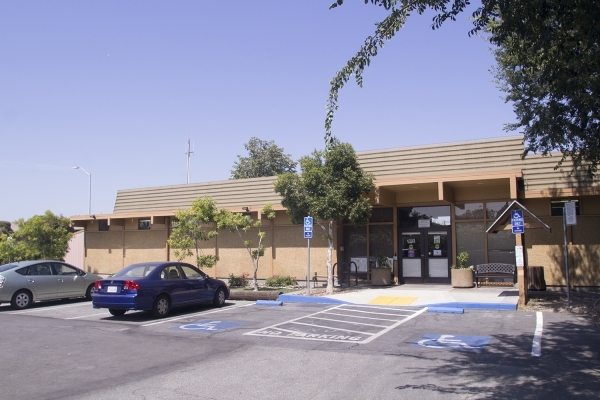 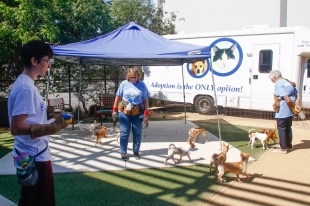 Ashby Cogan, far left, canine trainer for Pets in Need, oversees the daily dog exercise time. Volunteers Susan Williams, center, and Susan Mattis, right, watch the small dogs in their play area. The dogs get to run and play outside everyday for 20-30 minutes before the shelter opens. Photo by Veronica Weber.


The devil is in the details.

"the new agreement calls for Pets In Need and the city to "mutually draft policies and procedures that may limit the intake of animals for the purpose of improving animal care and to operate the shelter as a 'No Kill' shelter, a fundamental principle of PIN."

Cynically, the only way PIN can provide cheaper services than the city, is by paying employees less and not providing the kind of benefits that Palo Alto does. Palo Alto would save far more pension liability by eliminating one $200K person than 4 low paid positions. And who needs these benefits more?

The other way PIN can save money is limiting the number of animals surrendered, to stick to their principles of a no-kill shelter. Another option is to pay high fees to surrender an animal, which only works for people who probably have other alternatives. Elderly residents moving to a care facility, lower income families having to move because they can no longer afford the rent or have been evicted, are far more likely to dump their animals than surrender them. The Stanford Cat Network will be busier than ever.

The city has been very successful in raising the funds for the new Junior Museum, without outsourcing the operations, including a major contribution to the cost. They have no problem giving $5M to Avenidas to rebuild, even as they eliminate their most popular program for low income seniors, La Comida. What does it say about our priorities that the city will pay $10M plus for a bike bridge and can't come up with the same amount for a facility that will benefit far more residents than a bike bridge? What are they thinking?

I think the city should build the new shelter, continue with the current employees and then put out an RFP to see if it would really save any money. I think the city is perfectly capable of raising the money for a new shelter from residents without help from PIN.

If saving money is the issue, then building a new building that will attract other communities to pay PA for animal services would probably save far more money than outsourcing

1 person likes this
Posted by PA resident and animal caretaker
a resident of Duveneck/St. Francis
on Sep 29, 2017 at 4:57 pm

Tell the unions that the welfare of our pets and animals in area supercedes the ridiculous benefits union employees think they are entitled to. Palo Alto would be better off ousting all unions and supporting local work force

'Are they ready for fully innovative Indian food?' Ettan arrives in Palo Alto with chaat, caviar and a secret menu
By Elena Kadvany | 0 comments | 3,567 views