Health center funding in jeopardy with Congress's failure to act 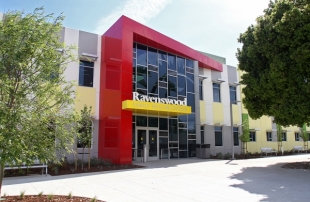 Ravenswood Family Health Center in East Palo Alto is one of thousands of health care centers nationally that could lose millions of dollars in federal funding because Congress has not re-authorized funding by Sept. 30, 2017. Photo by Veronica Weber.

"If there is a God, we hope that she/he will help to get Congress to retroactively fund this gap."

A clinic serving a minority clientele faces a Republican Congress and a Republican president. God has forsaken them.

This piece reports a cynical attempt to tug at readers' heartstrings. Ravenswood Clinic has received massive financial help from Facebook, Silicon Valley, and private donors. They have recently built a huge new clinic, adding many services. To only have 15 days of cash on hand indicates very poor financial management. Same day mammograms are, in most cases, not essential. Losing "many providers" is unlikely even if <10% of patients have some of their non essential same day services limited. There are separate programs for breast cancer screening, and substance abuse screening takes a fraction of a primary care visit. These services will not be/should not be cut. Stanford Health Care sees very few "patients that Ravenswood cannot see" and it is not at a significant financial loss to themselves. It's a fear-mongering piece of propaganda without substance.

Report Objectionable Content
Email Town Square Moderator
5 people like this
Posted by EPAMom
a resident of East Palo Alto
on Oct 9, 2017 at 9:18 pm

In response to Ellen, you seem to be coming from a different life than those needing the services of the clinic. People whose livelihood does not afford much flexibility do not always have the luxury of making and keeping appointments made way in advance. Many people work in situations that require them to be available on short notice, and especially, cannot take multiple days off for different types of appointments or plan weeks in advance. A screening test may not seem like enough of a priority to take a full, unpaid day off work. If it turns out that you are free that day and miraculously maybe even have childcare, it is wonderful to be able to meet a few of your own healthcare needs that usually go unmet.
Every time there is some kind of crisis, there seems to be a temptation to blame the victim. Instead of blaming the center, which is doing good work, for not having more cash on hand, I would blame Congress, which does practically nothing useful, for wasting much more time and money than the health center has at its disposal.