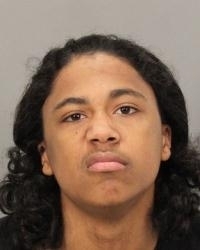 Angers me that we taxpayers will be providing free housing, meals, medical and everything else (for the next 50+ years) for a known gang member who committed a cold blooded 1st degree murder.

6 people like this
Posted by Restitution?
a resident of Another Palo Alto neighborhood
on Sep 29, 2017 at 2:07 pm

How is he going to pay restitution from prison?

Restitution- California inmates make around 93 cents per hour depending on the job. They are not required to work in California, unlike some states like Arizona who require all able body inmates to work. I'm sure this 23 year old gang member has nothing of value and he probably won't work if he knows most of his earnings will go to restitution. By the way it costs almost $80k per year to house a inmate in California.

Report Objectionable Content
Email Town Square Moderator
5 people like this
Posted by Idea
a resident of Another Palo Alto neighborhood
on Sep 30, 2017 at 2:07 am

If American prisons were like North Korea’s, the prison population would likely be lower. We’re too nice to our prisoners.