A great room outside 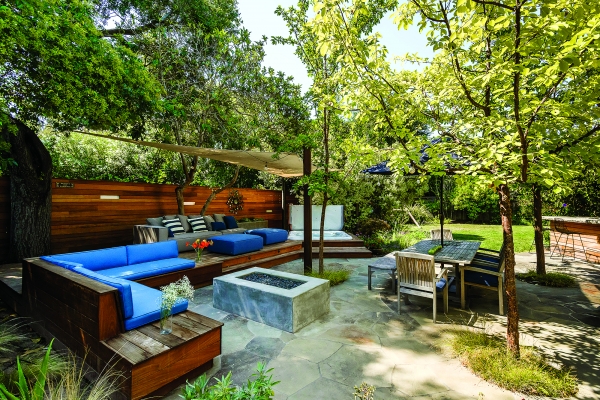 At one side of the large backyard in west Menlo Park, various gathering spaces suit family and guests. Different elevation levels define the connected spaces. Photo by Dennis Mayer. 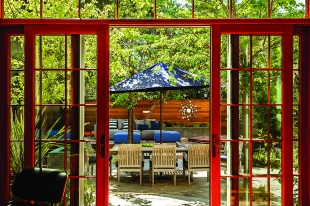 Stepping through the sliding French doors, one enters the outdoor great room, with its dining table, seating areas and hot tub. Photo by Dennis Mayer.