School board to vote on revised budget

Staff to present multiple proposals to make up this year's deficit 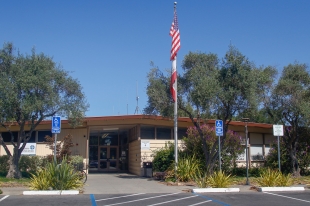 Palo Alto Unified's school board will discuss its search to replace Superintendent Max McGee and approve contracts for two new district hires at its Sept. 26, 2017 meeting. Photo by Veronica Weber.

Sounds like the board is making solid progress for next year. Best of luck finding a new superintendent, it's a very tough job to fill.

"They are also set to remedy several Brown Act violations by approving contracts for two new district hires and two years of compensation increases for McGee in open session on Tuesday."

Raises for McGee? You kidding me?

@Thurber - if this is what "solid progress" looks like, I'd hate to see what you'd call a "c**p show"! Budget screw-up, OCR supervision, expensive investigation finding law and policy violations up to the highest levels, culture of no documentation - and it's only September! Yep, things are really moving along nicely!

Report Objectionable Content
Email Town Square Moderator
4 people like this
Posted by Buried the lead
a resident of Palo Alto High School
on Sep 26, 2017 at 1:50 pm

Central Administration and the school board are finally getting around to talking about the OCR's March 2017 Letter of Finding.

It lays out what OCR found during 3 years investigating Paly after the Verde "Rape Culture" story went to print, most of it relating to sexual harassment and assaults involving Paly staff and students that happened before last year's bathroom incident.

Here's something OCR discovered that is no longer a surprise but is still deeply troubling: "district was not following its own policy requirement to record all reported cases of sexual harassment."

Report Objectionable Content
Email Town Square Moderator
12 people like this
Posted by You have failed our kids
a resident of Juana Briones School
on Sep 26, 2017 at 6:19 pm

And by you, I mean you teachers who have remained as silent about your accidental raise as you have about the latest suicide. I also mean you that voted in Melissa Baten Caswell again, even after she was part of the group that freely spent thousands of dollars to write up a letter of protest as if our problems were caused by the OCR. Shame on you all.