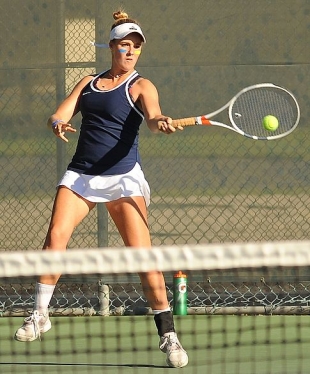 Menlo School junior Taylor Gould returned from an ankle injury a few weeks back to post a 6-3, 6-1 victory over Melina Stavropoulos of Sacred Heart Prep in the Knights' 6-1 WBAL Foothill Division tennis win on Tuesday. Photo by Keith Peters