Stanford's Love is top offensive player of week in Pac-12 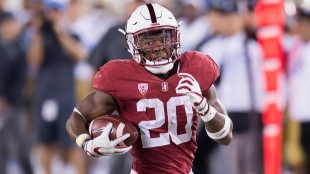 Bryce Love was named the Pac-12's Offensive Player of the Week. Photo by David Bernal/isiphotos.com.