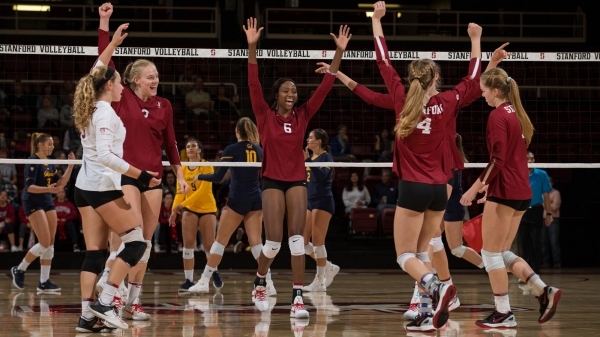 Morgan Hentz (far left), Kathryn Plummer and Tami Alade (6) each had a say in Stanford's victory over Colorado. Photo by Mike Rasay/isiphotos.com. 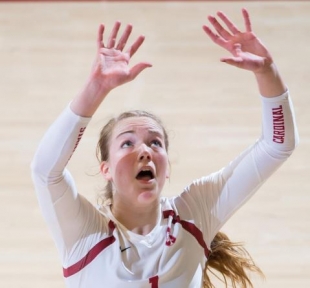 Jenna Gray recorded a career-high in assists to help the Cardinal beat the Buffaloes. Photo courtesy of Stanford Athletics.