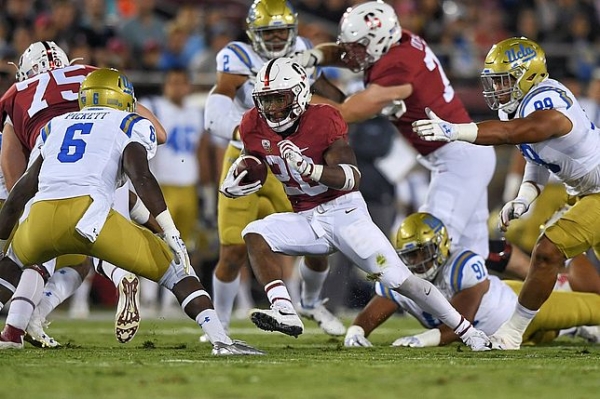 Bryce Love rushed for a career-best 263 yards in Stanford's 58-34 victory over UCLA on Saturday night. Photo courtesy of Stanford Athletics. 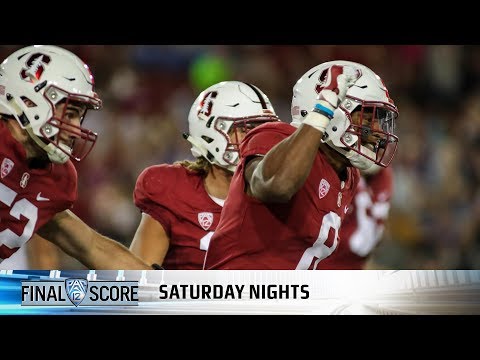 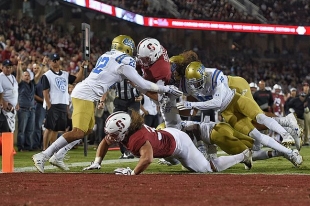 Headline from the sj mercury--

"STANFORD — The quarterback of the future has arrived at Stanford.

Heralded sophomore K.J. Costello ignited the Cardinal to a wild 58-34 victory over UCLA in front of 48,042 fans at Stanford Stadium on Saturday night after starter Keller Chryst was knocked out with an injury, and he figures to remain in charge of an offense that suddenly has some sizzle."

this was the most exciting,determined game stanford has played in a couple of years now. KJ played with desire, drive, and determination. great to see and we hope the coaches took note of who was on the field during this explosiveness. 8 straight drives for scores by Stanford.

(despite what the paloonline sports article stated, stanford was never ahead 54-34 and this statement is probably a little incorrect as well-- ""K.J. Costello played most of the game, throwing for 123 yards and a pair of touchdowns on 13-of-19 passing. She also ran for a touchdown. "

'Are they ready for fully innovative Indian food?' Ettan arrives in Palo Alto with chaat, caviar and a secret menu
By Elena Kadvany | 1 comment | 3,779 views

Flying: How to lower your impact
By Sherry Listgarten | 15 comments | 2,703 views