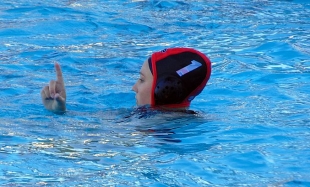 SHP's Nellie McAdams had two big games in the net.