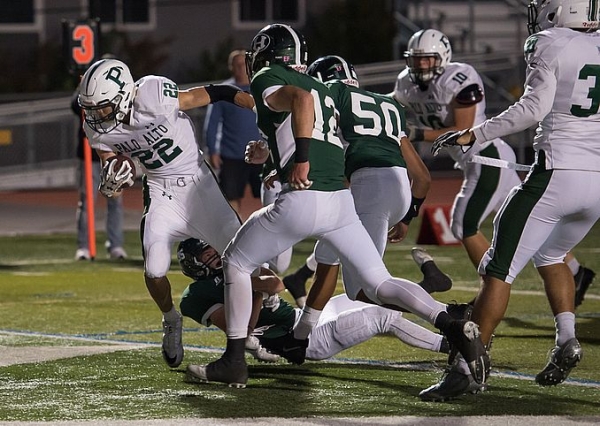 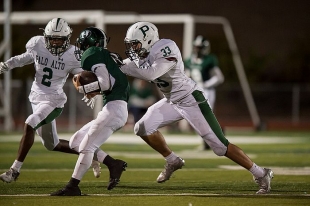 Defenders like Junacio Henley (2) and Seattle Hmelar (33) made sure Homestead didn't get too far with its running game. Photo by Karen Ambrose Hickey.

Yes, it was nice to have a win; but to blame our past losses on one player is just bad sportsmanship. Not to take away from QB2 win last night, he did a great job; but football is a team sport and you can never put a loss on just one player. Moreover, this is high school football, with kids playing. Your comments are petty and your lack of football insight is weak.

Report Objectionable Content
Email Town Square Moderator
2 people like this
Posted by paly football
a resident of Downtown North
on Sep 23, 2017 at 7:02 pm

yes, everyone is a winner!! look where that is leading the sports world. It was very refreshing to see a player who understood the game of football and team concept last evening.