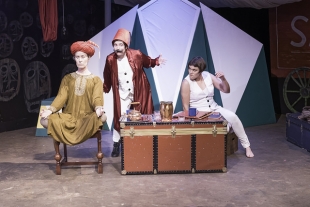 Just a coincidence that all these Nazi-themed stories are showing up this year?