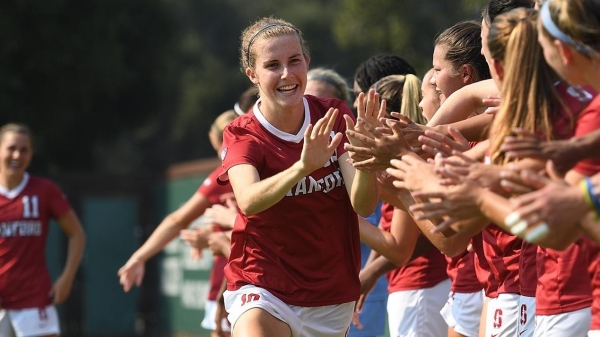 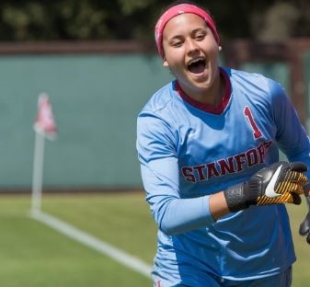 Alison Jahansouz stopped a penalty kick early in the second half to help Stanford beat the Cougars. Photo courtesy of Stanford Athletics.