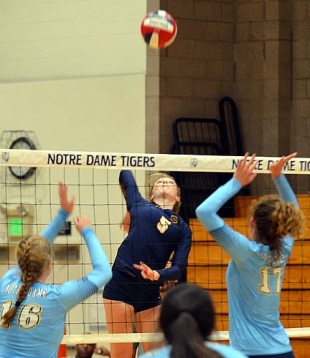 Grace King records one of her 13 kills against Notre Dame-Belmont. Photo by Pam McKenney/Menlo Athletics.