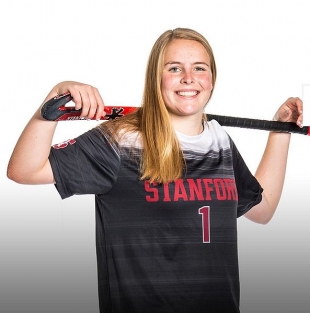 Kelsey Bing earned Defensive Player of the Week honors and was named an honorable mention by the NFHCA. Photo courtesy of Stanford Athletics.