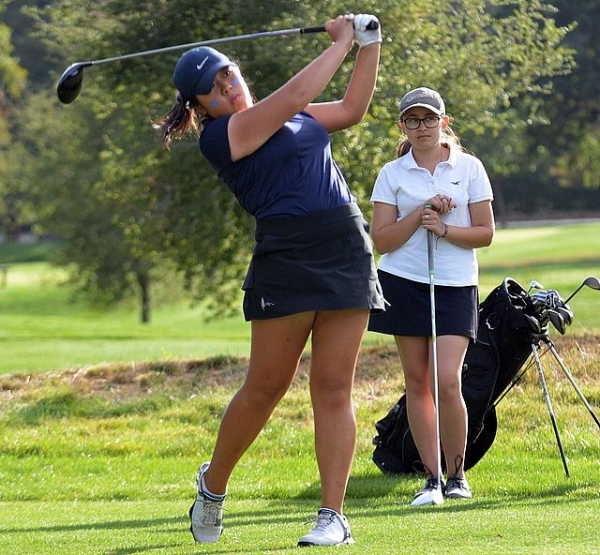 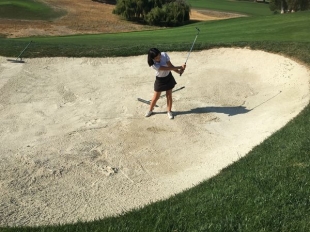 Palo Alto's Jasmine Choi hits out of a sand trap. She finished with a 38 at Saratoga CC. Photo courtesy of Doyle Knight.