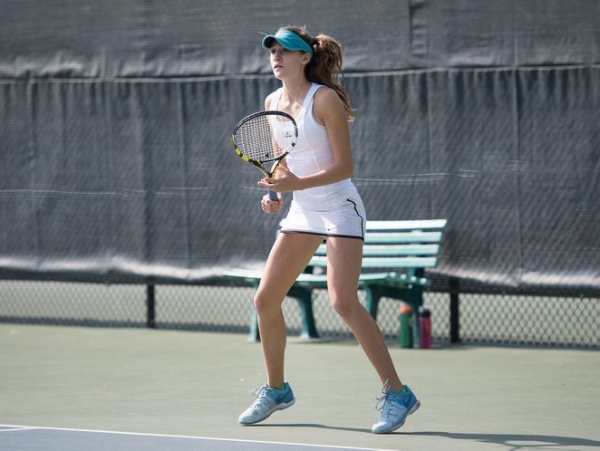 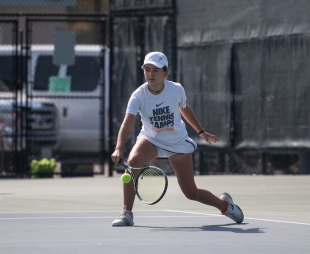 Senior singles player Isa Cossio won eight of the nine sets in which she competed and Rachel Owens won five of six sets to help pace the Vikings.

Gunn plays three matches this week, hosting Fremont on Tuesday at 3:30 p.m., in a SCVAL El Camino Division match, and then traveling to Menlo for a nonleague game Wednesday at 4 p.m. before completing the week with a league match at Santa Clara at 3:30 p.m. Thursday.

Menlo-Atherton (6-3, 3-0) continues PAL Bay Division play Tuesday at Hillsdale at 4 p.m. and will play at Aragon at 4 p.m. Thursday. M-A has won 46 straight matches in regular-season play against PAL competition.

The Bears, playing all their matches on the road again this season due to campus construction, also detour to Cuesta Park for a nonleague match against St. Francis on Wednesday.

The Knights (4-4) have a 238-game league winning streak, a ongoing state record. They kept the streak alive by surviving a pair of 4-3 victories over Sacred Heart Prep (4-1) last season.

The Gators have yet to play a match with Sara Choy, who is 79-1 against high school competition through her first three years. She's nursing a lower-body injury.

Priory opens the WBAL Skyline Division with a home match against Mercy-San Francisco at 3:30 pm Tuesday.