Love, the line and not much else in Stanford football loss | News | Palo Alto Online |

Love, the line and not much else in Stanford football loss 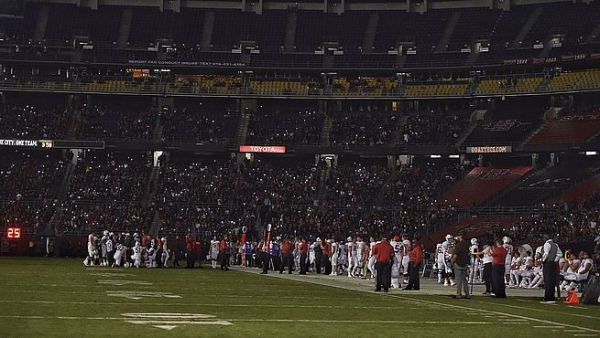 The Night the lights went out in San Diego. Photo courtesy of Stanford Athletics. 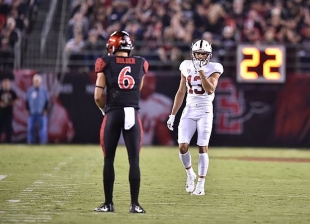 San Diego State's Mikah Holder lines up as a wide receiver against his twin brother Alijah Holder. Mikah got the upper hand. "I got a clean release, caught the ball. Once I got up, it was a great feel to know I got one catch against my brother. I'm going to hang it over his head for the rest of my life." Photo courtesy of Stanford Athletics.

why did The Cardinal not use their last two time outs??

Pathetic coaching gave away the game. Switching QB and killing offensive flow. What was the end of the first half??? Then at game end: 3 to tie, td to win. 2 time outs left, clock stops at 1st downs and a great rusher. Plenty of time for a drive to succeeds. What a stupid play call. Then, leaves time outs in pocket at game end and did not make them snap ball 2 more times. Does coach know each quarter needs 15 full minutes of coaching? Unbelievable!