USA women cap off special night for O'Hara with a victory 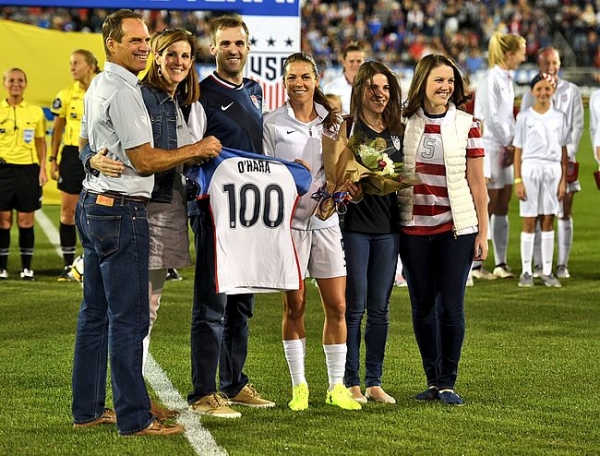 Kelley O'Hara (third from right) is honored in a pre-game ceremony. She became the 36th player in U.S. women's history and the third from Stanford to earn at least 100 caps. Photo tweeted by USA Soccer.

Can you Pay to Reduce your Carbon Footprint?
By Sherry Listgarten | 5 comments | 1,876 views

You Can Help: Scents and Migraines
By Chandrama Anderson | 0 comments | 1,685 views