Reimagining retail up and down the Peninsula | News | Palo Alto Online |

Reimagining retail up and down the Peninsula

As shopping habits change, retailers try to think outside the box 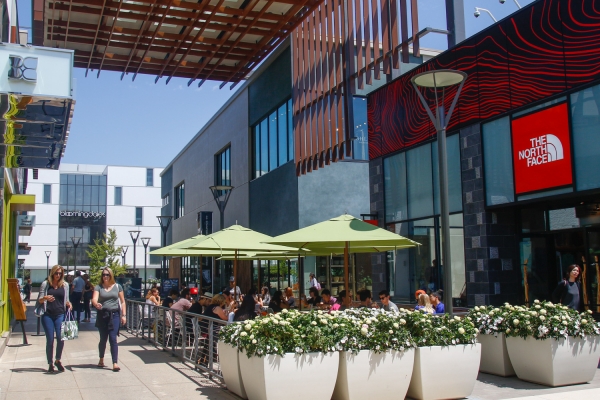 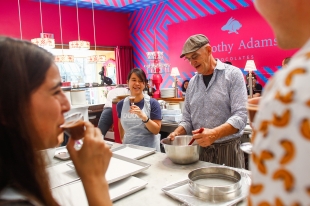 I spent a good 30 seconds trying to read this headline. Sometimes a hyphen is needed. I have never seen the word reimagining in print and my spell check has underlined it. I suspect re-imagining would be much easier on the eye and also passes my spell check.

P.S. What a nuisance! The submitted version of my post has managed to put the offending word on two lines! Re-imagining is what I was attempting to convey.


@Reader: Maybe the headline was a plug for REI on Charleston Road!

1 person likes this
Posted by Simon says what?
a resident of Another Palo Alto neighborhood
on Sep 15, 2017 at 7:21 pm

If the picture above was taken the other direction
you would see the blackened filthy top of the Macy's building which I don't think Simon has ever cleaned since they took over in 2003 and not even as part of the renovation. The Center has nothing but fast casual restaurants, and Flemings which opens at 5:00 pm and is really disconnected from the Center. No comparison to Santana Row.

Report Objectionable Content
Email Town Square Moderator
6 people like this
Posted by Online Name
a resident of Embarcadero Oaks/Leland
on Sep 15, 2017 at 7:57 pm

"Some bigger box retailers are also seeking ways to make shopping experiential. At Crate and Barrel, one can pick up a tablet and scan the merchandise and learn about the product, Cohen said.

"It solves the sales-force recruitment problem, and it gives the customer more of an immersive experience," he said."

Oh, for the days of knowledgeable salespeople the great Ace Hardware guy last week who sold me something that solved my problem. That's "experiential" shopping.

I don't really need to "experience" traffic to drive to the store to have some poor underpaid sales person tell me to look it up on the store's tablet when I could have had the same ""immersive experience" from the comfort of my own home.

I went shoe shopping at Nordstrom's with my list of 15 shoes I wanted to try. "Oh, we don't have any of those, Go online." Fortunately a smart manufacturers' rep was there with the useful suggestion to order X.

When I told the poor sales people, they would have lobegged me to tell that Brad Nordstrom's because they're all on commission and tired of processing all the returns from people multiple sizes, styles and colors.

Addressing that might solve the sales-force recruitment problem and make shopping fun and profitable again.

Report Objectionable Content
Email Town Square Moderator
11 people like this
Posted by resident
a resident of Old Palo Alto
on Sep 15, 2017 at 8:39 pm

I agree with the previous comment. Stores need to forget about the part-time minimum-wage workers whose only skill is pushing the buttons on the cash register. That is a worse experience than shopping online. Stores need knowledgeable appropriately-compensated employees that can quickly understand and solve the customer's problem. This could be someone at a hardware store who can quickly and accurately figure out exactly what parts and tools you need for your project. Or a butcher or fishmonger who will find and cut you the perfect meat or fish for your meal. Or a customer service rep that can help you use a product that you purchased or identify that it is defective and give you a replacement on the spot. Stores have a lot of advantages over Amazon. They need to take advantage of those instead of just trying to replicate the online experience with computer displays in the store.

Report Objectionable Content
Email Town Square Moderator
8 people like this
Posted by Reader
a resident of Adobe-Meadow
on Sep 15, 2017 at 10:00 pm

To be serious to the issue, I would like to share my shopping experience at Macys this summer.

I needed to get a dress for an event. I walked around and chose about 8 dresses to try on. I would have chosen more but quite often my size was not there on the rack. Walked over to the fitting rooms to try them on. I left my purse and phone with my companion who waited to see each dress. I looked at the fitting rooms and every single one of them had loads of clothes left by previous customers. I chose one room and tried on first dress and left my own clothes neatly folded on the shelf. I walked out and showed my companion and returned to try on the next dress. Lo and behold someone else was using my fitting room. I had to stay outside and wait until she had come out before I could get back to my next dress as well as my own clothes. I tried on the next dress and decided to put my own clothes on the floor like a messy teenager to show that it was in use before going to show my companion. However as I returned, there was once again someone using my room and I had to wait. There was no staff anywhere near the fitting rooms to talk to about this problem. It took me a long time to try on all my choices before making a decision. I then looked at the rack to put those I had decided against. The rack was full to overflowing. No wonder people left clothes in the fitting room.

I did not see one member of staff tidying or helping customers. There was a line of people at the cashier desk and for reasons that can't be explained a simple purchase with a credit card seems to take a lot of button pushing and sticking on of labels onto the tag. When it was my turn to be served I asked the cashier if they were short staffed today or just extra busy. She told me that it was always like this at weekends.

The shopping experience was horrible. I was not served or helped by staff. I was surrounded by piles of merchandise in the fitting rooms. There was not enough inventory, no more than one item in each size if all sizes were there. This was early in the season so there was no excuse for not having all sizes available.

If this is modern shopping I can understand why people order many items online and then return them to the store.

I do shop online, but when it comes to getting something that I really need to try on before buying, such as shoes, bras, or a special occasion dress, I really need service that is better than this.