Can downtowns keep up? 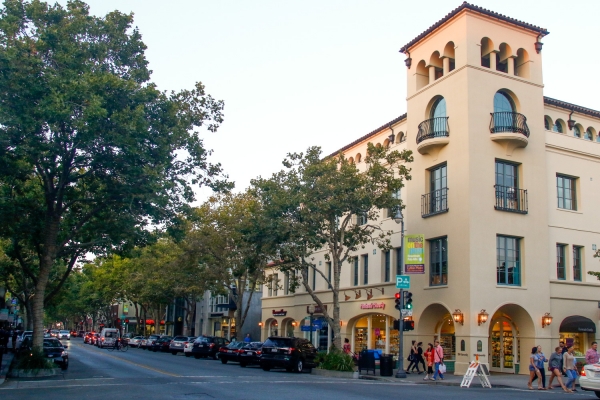 Cars line up along a block in downtown Palo Alto, where many retailers say a lack of parking spots have driven customers away. Photo by Veronica Weber. 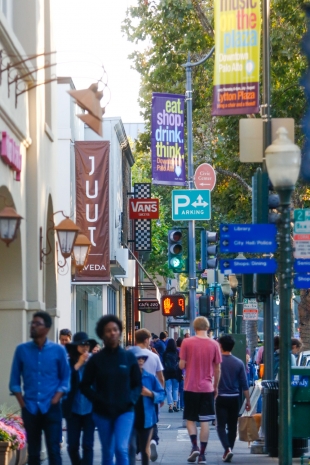 Pedestrians walk along Palo Alto's bustling University Avenue, which is filled with restaurants and shops. Photo by Veronica Weber.

9 people like this
Posted by Resident
a resident of Another Palo Alto neighborhood
on Sep 15, 2017 at 9:13 am

Downtowns are not as necessary for the ability of residents to shop or do personal business as they used to be. But they are necessary for giving residents a place to connect with each other. What we need is more recreational activities, particularly for dark evenings and inclement weather. Youth in particular are in need of more places to hang out and perhaps even get some exercise in a non challenging way. Laser Quest type of activities, bowling alleys, etc. were bustling with youth and have now been taken away from them.

Can we start looking at downtown areas as places for recreation as well as shopping and dining?

The problem is not chain stores. The problem is retail space being converted to office space, which drives up rents and reduces the variety of stores downtown. Office workers also take up parking spaces that cannot be used by customers anymore.

Like this comment
Posted by Todd
a resident of Another Palo Alto neighborhood
on Sep 15, 2017 at 12:00 pm

"The problem is retail space being converted to office space"

The city said no new office space so I'm not sure why anyone would be surprised by this...

Report Objectionable Content
Email Town Square Moderator
13 people like this
Posted by Resident
a resident of Crescent Park
on Sep 18, 2017 at 10:51 am

I've lived near downtown PA for a long time. I go there less and less often because a "vibrant downtown" has come to mean, in fact:

- too many offices with associated commuters; crowded streets, crowded parking, and even crowded sidewalks

- too many eateries catering to commuting workers and destination diners

Both of which particulars evidence a general transformation of downtown PA from a town center to a cash cow office park/upscale food court.

Who benefits? People who live here? No. A "vibrant downtown" is code for a result that benefits business and real estate owners/operators who largely do not reside in PA.

Report Objectionable Content
Email Town Square Moderator
10 people like this
Posted by resident
a resident of Downtown North
on Sep 18, 2017 at 11:15 am

Price gouging rents are shutting down all the mid-priced retail businesses that cater to local middle class residents. All that is left downtown is the high-end stuff that caters to the rich. How sustainable is that business model?

Report Objectionable Content
Email Town Square Moderator
9 people like this
Posted by mauricio
a resident of Embarcadero Oaks/Leland
on Sep 18, 2017 at 4:04 pm

mauricio is a registered user.


Downtown Palo Alto is now an unpleasant and extremely expensive office park, lacking any character and charm. It is going to get worse.