Community welcomes residents even before they close escrow 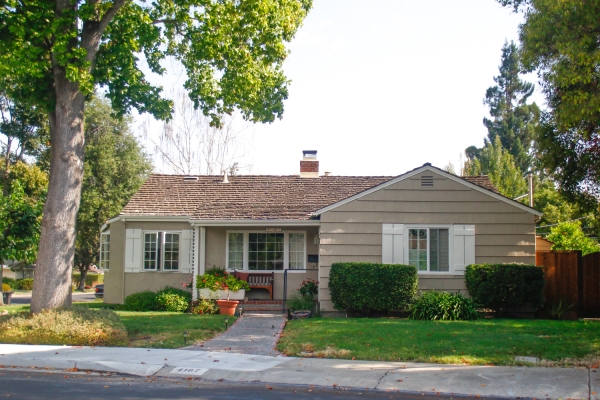 The welcoming feel of Greendell echoed from most of the residents the Weekly spoke to about their neighborhood of mostly Eichlers and ranch homes. Photo by Veronica Weber. 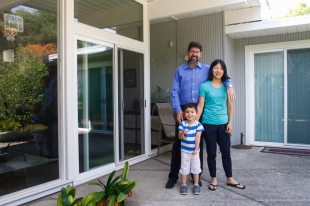 Kenneth Dupree, Zhongyu Zhou, and their son Leon Zhou Dupree, 4, stand outside in the backyard of their Eichler in the Greendell neighborhood on Sept. 11, 2017. Photo by Veronica Weber.