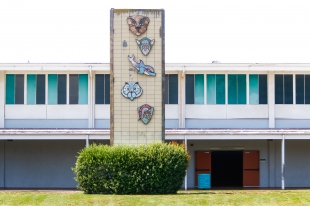 The Palo Alto school district owns Cubberley Community Center, a 35-acre campus that once housed a high school, and leases eight of those acres to the city. Photo by Veronica Weber.

Can you Pay to Reduce your Carbon Footprint?
By Sherry Listgarten | 8 comments | 2,116 views

You Can Help: Scents and Migraines
By Chandrama Anderson | 0 comments | 1,859 views