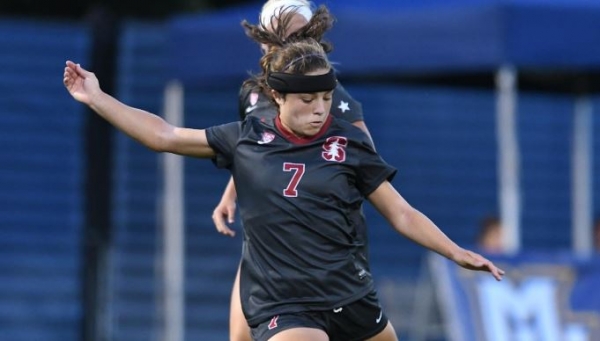 Jaye Boissiere's goal made it 4-0 on Sunday. Photo courtesy of Stanford Athletics. 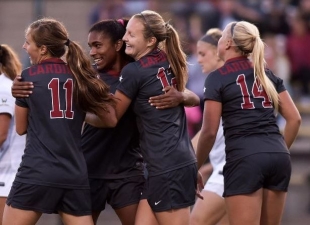 Catarina Macario, being congratulated by Jordan DiBiaso and Kyra Charusa, scored a goal and had an assist against Navy and has scored in every match thus far. Photo courtesy of Stanford Athletics.