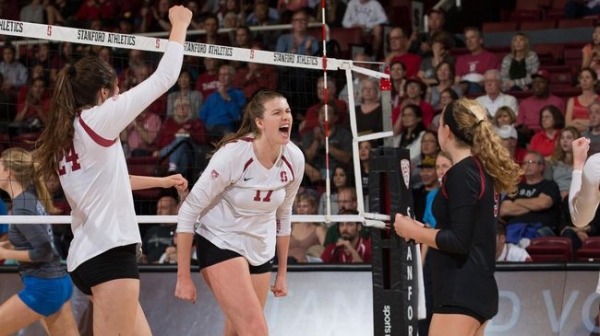 Merete Lutz recorded 12 kills in her first match of the season. Photo by Mike Rasay/isiphotos.com