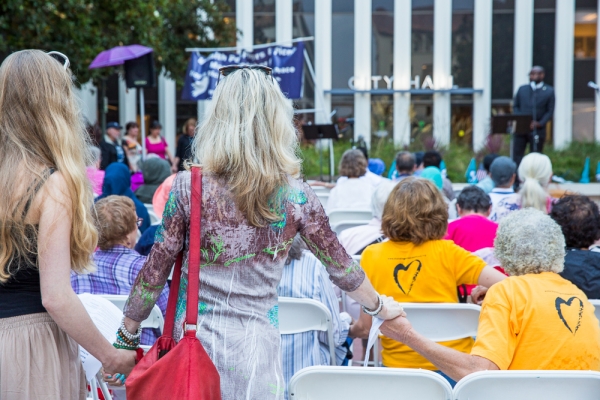 Participants of a multifaith prayer service hold hands while the Rev. Kaloma Smith gives a speech at King Plaza in Palo Alto on Sept. 11, 2017. Photo by Natalia Nazarova. 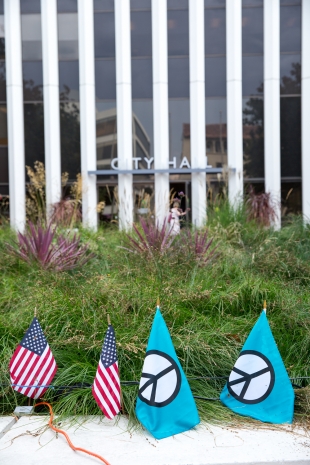 The American Muslim Voice Foundation hosted a Multifaith Peace Picnic to mark the 16th anniversary of the 9/11 terrorist attacks, at King Plaza in Palo Alto on Sept. 11, 2017. Photo by Natalia Nazarova.