Palo Alto comes up big in volleyball win over Menlo 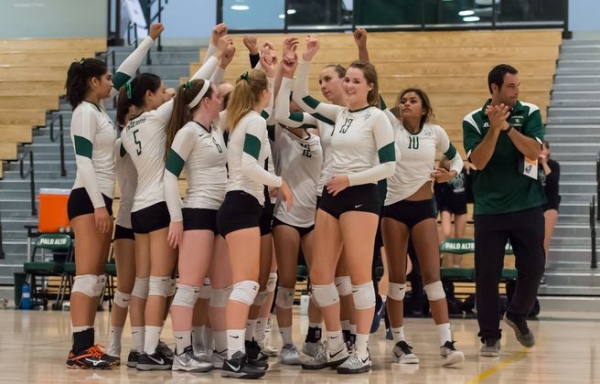 Palo Alto had plenty to smile about after beating Menlo on Thursday night. Photo by David Hickey. 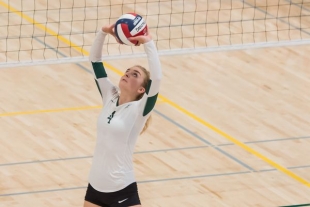 Julianna Roth sets up a winner for Palo Alto. Photo by David Hickey.