Stephen King's 'It' gets a big-screen update 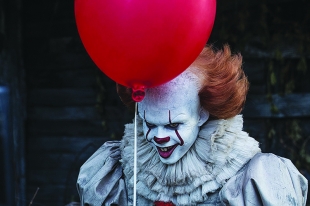 Bill Skarsgard is Pennywise the clown in the big-screen adaptation of Stephen King's thriller "It." Photo courtesy of Warner Bros. Entertainment Inc.