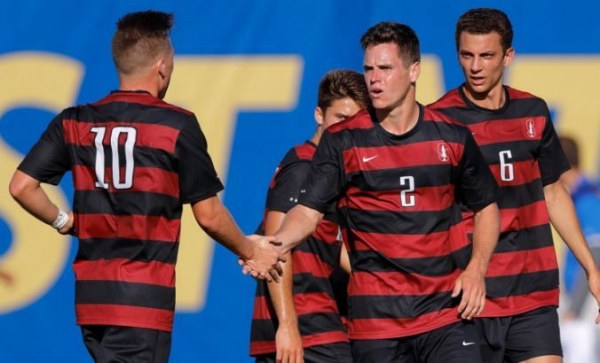 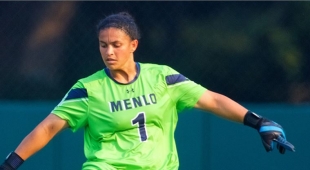 Stanford striker Foster Langsdorf was named Pac-12 Men's Soccer Player of the Week for his efforts over Creighton and Northeastern last weekend.

The honor is the second of Langsdorf's career, the first of the season for the Cardinal and Stanford's 28th all-time player of the week selection.

Langsdorf tallied three goals, including both winners, in Stanford's victories over the weekend against No. 23 Creighton (3-0) and Northeastern (1-0).

The senior scored twice on Friday night against the Bluejays, his second straight brace to start the season and fifth of his career. His 11th-minute strike against Northeastern on Sunday stood up in Stanford's 1-0 victory and was his 14th career game-deciding goal.

Langsdorf, who put four of his six shots on target over the weekend, has five goals this season on just nine shots. He leads the nation in goals (5) and goals per game (1.67) and is second in points per game (3.33).

Menlo senior keeper Kaylin Swart, an Olympian with South Africa, was named the first Golden State Athletic Conference Defensive Player of the Week for the season on Tuesday for her efforts in a two-win week for the Oaks.

Swart made eight saves in two matches, allowing just one goal and collecting her first shutout of the season in a Friday win over Rocky Mountain College.

Swart is a two-time All-American and has twice been an All-GSAC honoree. The Menlo Oaks are 2-1-1 on the season.

These local restaurants are donating meals to Bay Area residents in need. Here's how to help.
By Elena Kadvany | 6 comments | 11,127 views

Coronavirus: Plan ahead now for a big outbreak
By Diana Diamond | 19 comments | 4,139 views

The first few seconds after awakening; before I remember the virus
By Chandrama Anderson | 0 comments | 989 views