Vikings pushed around by Cougars in nonleague football 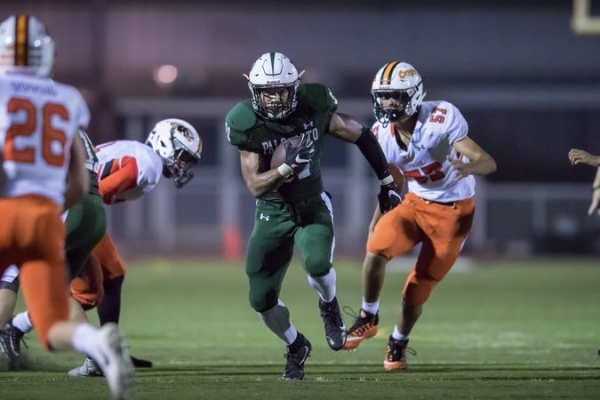 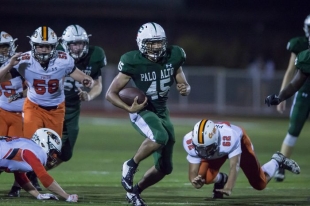 even as a hmb fan, it was sad to watch the Palo Alto team flounder around on the field without any sort of team leadership or players taking charge--seemed like everyone was in it for himself. Although it was great to watch hmb play so well, we were expecting a much better game from them last evening.

Like this comment
Posted by HMB Parent
a resident of Palo Alto High School
on Sep 2, 2017 at 9:54 am

I begg to differ. Palo Alto should have put up a better fight but I did see a guy out there on almost every play on offense #75 who seemed to give alot of his body and hard work. Its surprising how the Palo Alto community continues to only show support to the players and young men they deem worthy.I guess the post above is right everyman for themselves. Whomever #75 was or is for for Palo Alto. I wish him the best. I hope he has a bright future and he is recognized. It was hard to watch the team loose its even harder to read the reports and these kids not get recognized. Palo alto reporters parents and coaches need to do better.

Like this comment
Posted by Parent
a resident of Another Palo Alto neighborhood
on Sep 2, 2017 at 2:52 pm

Report Objectionable Content
Email Town Square Moderator
2 people like this
Posted by Paly Resident
a resident of University South
on Sep 2, 2017 at 2:58 pm

Nice bro, way to hide behind the mask of the computer and question high school play calling