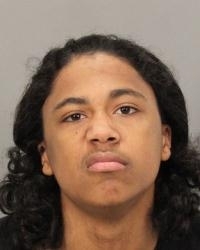 Editor's note: An earlier version of this story said the memorial was for another murdered gang member, but the San Mateo County District Attorney's Office has since clarified that it was for someone prosecutors believed associated with gangs.

Ok this Sunny Day member that just been convicted of the murder of Chris Baker first before anything Baker was not attending a memorial for a gang member it was his cousin and he was not in a gang media get facts straight and this 22 year old man is going to spend all of his life locked up he will never experience nothing but then again neither will the man he killed Justice? No I think not if these gang members had the notion to think incidents out half would be able to avoid this and you wonder what was wrong with the parents did they not notice a problem when they first acted out? Don't wait for tragedy before intervention

Flying: How to lower your impact
By Sherry Listgarten | 10 comments | 2,535 views