Bay Area under a smoke advisory

Fires to the north and high temperatures spark alert 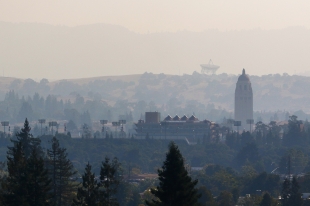 The foothills are barely visible through the haze and smoke due to wildfires from Northern California and Oregon, on Aug. 31, 2017. Photo by Veronica Weber.