Instead of retiring, Mountain View woman teaches art classes with her favorite medium, the iPad 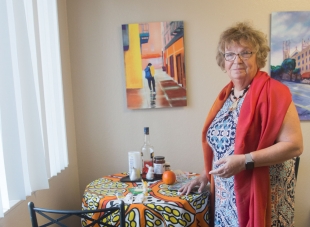 Caroline Mustard's home is brightened by the vibrant colors of her multi-media paintings. August 21, 2017. Photo by Ana Sofia Amieva-Wang

Flying: How to lower your impact
By Sherry Listgarten | 10 comments | 2,106 views