Menlo-Atherton runs out of time in football loss to Bellarmine 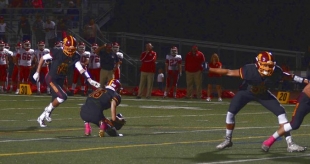 It was so good seeing some of my old teachers still there especially MRS WIMBERLY.
Now to football despite the weird uniform choice I like what the team look like.