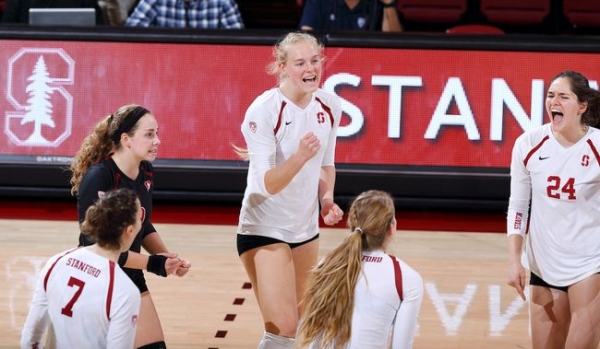 Kathryn Plummer pumps her fist following a Stanford point. She collected 25 kills in the two matches. Photo by Hector Garcia-Molona/StanfordPhoto.com. 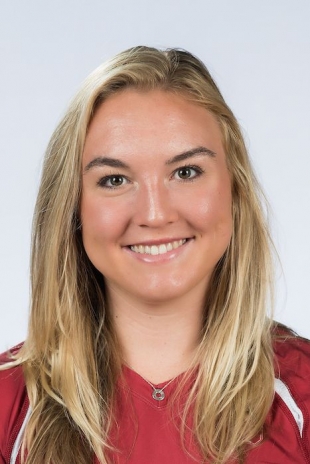