The buzz about bees 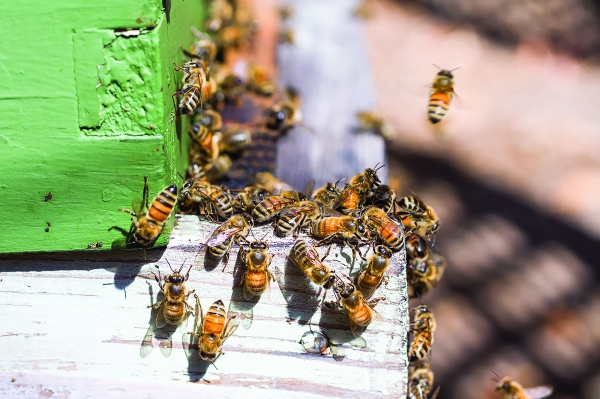 Bees collect around the entrance to their box, entering and exiting to get more pollen or drop it off in the hive. Photo by Ben Hacker. 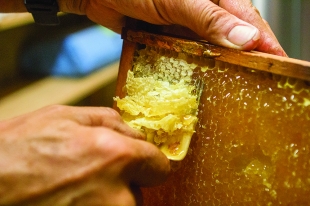 Beekeeper Kenneth McKenzie uses an "old-school" method called "capping" to scrape honey from a comb. McKenzie suggests that an aspiring beekeeper prepare as much as possible before before purchasing any equipment or setting up a hive. Photo by Ben Hacker.