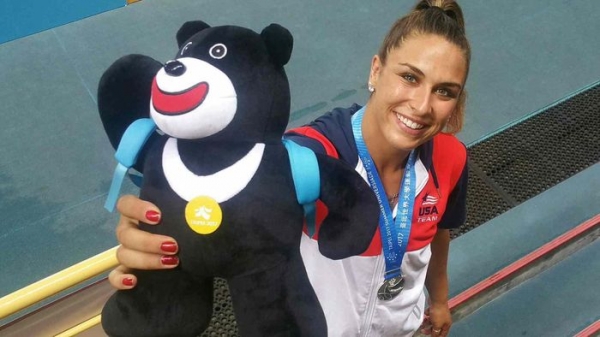 Stanford senior Valarie Allman earned a silver medal in the discus at the World University Games on Thursday. Photo courtesy of Stanford Athletics.