City of Palo Alto Utilities did not accurately record sizes of water meters in bills, prompting more than 500 errors 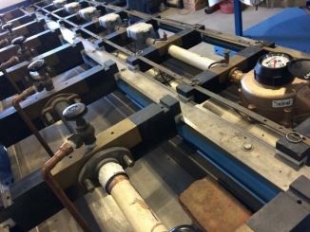 Failure to follow established administrative procedures results in the need for an audit to confirm inequity foisted upon citizenry. Really - what is so difficult? What is required for the City Council to do their job to represent us from repeated incompetency?

Didn't this happen just a few months ago. Many people got a rebate but our adjustment was an increase!

Gotta love 'em Utilities folks. They continue to raise the bar on incompetence and malfeasance.

Note that the Utilities Dept. is STILL charging us the drought surcharge for a drought that officially ended in February (4 extra months) although they've reduced mine from $25 to $9 and they're still not offering refunds.

How many animal shelters could we have funded with those over-charges?

Report Objectionable Content
Email Town Square Moderator
11 people like this
Posted by Duveneck resident
a resident of Duveneck/St. Francis
on Aug 24, 2017 at 2:00 pm

I'm an expert in metrology, including flow measurement systems.

83 out of 100 meters failing a test against standards? Someone (several people, to be honest) should lose their job(s) over that result. I could believe 2 or 3 percent failing. Not 83 percent. Gross incompetence and negligence. Who is the supplier? What did the supply contract specify? If the purchase and sale contract with the supplier doesn't specify performance to metrological specifications, then whoever wrote the P & S contract should also be fired for incompetence and negligence.

The monthly charge for equipment is also ridiculous. Does the charge include the cost of an individual taking the reading each month? If so, then that cost should be broken out. But over 20 years, having never had our meter replaced... we have paid for that meter around 20 times. If CPAU is going to break out the individual line item costs, then they should relate 1-to-1 to an actual cost which customers can understand. In this instance, I doubt these monthly charges are exclusively just for maintaining and replacing meters.

Can I supply my own meter, at my cost, to the CPAU's specifications, and after getting CPAU certification have this charge removed from my monthly bill?

Report Objectionable Content
Email Town Square Moderator
5 people like this
Posted by Rose
a resident of Mayfield
on Aug 24, 2017 at 2:50 pm

Could The Palo Alto Weekly follow up with info related to multi-unit dwellings and commercial buildings? Did the described discrepancies impact these other types of buildings, or only single family residences?

Report Objectionable Content
Email Town Square Moderator
3 people like this
Posted by no confidence
a resident of Midtown
on Aug 25, 2017 at 5:57 pm

So how does a resident find out if they're affected? I have no confidence that this incompetent department will be competent about correcting their errors.